You’re in the city of Black Rock City and you come across an unlikely scene: an alleyway straight out of Tokyo’s Shinjuku Golden Gai district. It’s full of tiny bars and micro spaces, each serving just a few patrons, each with its own unique theme and character.  Welcome to The Golden Guy. Established at Burning Man, 2017, Golden Guy Alley is loosely based on the neighborhood in Tokyo called “The Golden Gai”. I talk with MacGyver, aka Graham Linn, and Kitty, aka Elizabeth Jackson, about how Golden Guy is fostering community and deep conversation in small spaces. 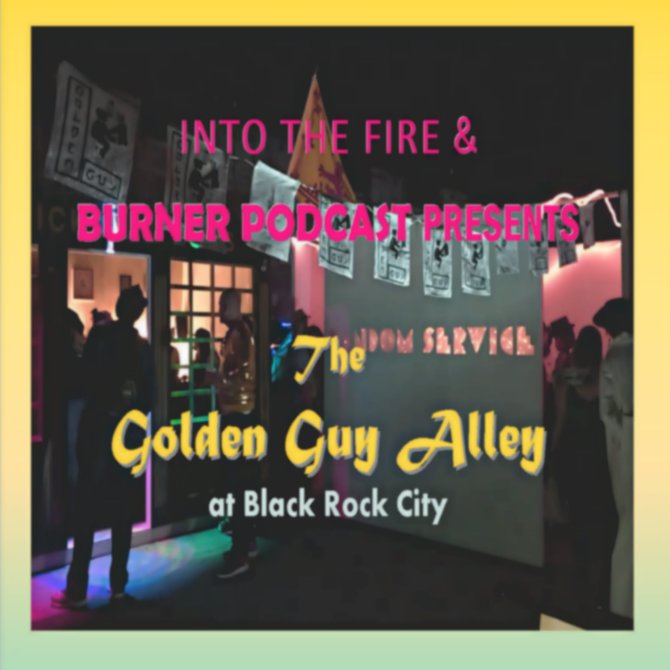 Links associated with this podcast

Intro music by DJ Kafa and found on Alkaline Podcast, episode number A049.  Find it at Burner Podcast.